You’ll hear it mentioned as a story within the story – Moonlight is the tale of how black boys turn blue. And you’ll watch it unfold as the film follows its main character, Chiron (pronounced Shy-rone), through three formational periods in his life. Through his childhood, where he goes by the nickname “Little”. Through his teenage years, where he’s attempting to live by his given name, Chiron. And through the beginning of his adult years, where he’s built a persona under the nickname “Black”. The film follows his struggles through these phases and through his own self-discovery – it’s a coming-of-age story built around his desire to love and be loved. And while that may sound familiar, the film is anything but.

Moonlight is a movie that begs to be talked about outside of the traditional movie talking points. We can discuss the performances – all of which are fantastic. Like, how Naomie Harris, as Chiron’s mother, brings dignity and warmth to a role that might’ve felt unforgivable in lesser hands. Or, how Mahershala Ali, as a drug dealer named Juan, is the embodiment of unflappable cool until he wants to devastate you by letting it all come crashing down. Or, how Janelle Monae’s portrayal of Teresa is hilarious and how Andre Holland as Kevin is so effortlessly charming it’s hard to understand why he hasn’t been a movie star for the last 10 years. Or, certainly about Trevante Rhodes, who playing the adult “Black”, might be the most remarkable of all, as he consistently captures a lifetime of confusion and pain in smallest flicker of his eyes. We can talk about the way Barry Jenkins’ kinetic direction and James Laxton’s gorgeous cinematography gaze upon their subjects with such palpable joy and compassion. Or, we can talk about the way Nicholas Britell’s score brings grandeur and universality to the most intimate of stories about this singular human being.

All of these things are more than worth mentioning. And still, what stood out to me was that old, familiar story. One with a conceit I was sure I’d seen a hundred times, and yet, as I was transported into the world of Moonlight, it was clear the film resembled nothing I could find in my own memory. Not only because of the quality of its pieces, but also because it was a story that I had simply never been told – one of a young black man trying to understand and cope with his own homosexuality in the face of a world that didn’t want to allow him to be himself. And one so fully-realized and understood by its makers that by the time you reach its climactic scene inside a tiny diner in Liberty City Miami, and Barbara Lewis coos the chorus to “Hello Stranger”, you might feel like just that – a stranger. I know that for me, I had never been to this place with these people before. But, I also knew that’s what made Moonlight a revelation.

Because, why? Why had it taken me so long to get here? As a lover of movies and someone who watches almost everything, almost every year, why had it taken so long for me to sit alongside these two characters as they enjoyed the “Chef’s Special”, or stand between them as they made eyes from across the room and music poured from the jukebox? As the song would put it, “It seems like a mighty long time.”

Wesley Morris, the Culture Critic for the New York Times – who also happens to be a gay black man, and probably the voice in film best suited to speak on the experience of watching Moonlight – recently wrote about 10,000 words (I’ll be honest, I didn’t count) for New York Magazine on the recent film history of the penis. Specifically how that recent history, reflects a much older history about the fear of black male sexuality – or more specifically – the black penis. And if that sounds like a somewhat daunting and uncomfortable read to some, well, I would guess that’s kind of Mr. Morris’ point. Because, as he intuits, it’s the same sentiment that probably kept a film like Moonlight from being made. The fact that having a conversation about this topic makes a certain sect of the population extremely uncomfortable (i.e. white people, i.e. white men, i.e. me – if I’m being really, REALLY honest with myself) is the very reason we have to discuss it. It’s the very reason we need a movie about it. And it’s what makes his piece the perfect complement to Moonlight and required reading for someone like me to understand the film on a deeper level.

Just like a really long article on black male sexuality may get flipped over in the pages of New York Magazine, Moonlight is a film that might be dismissed by some simply because of its subject matter. But, just like the choices made in Jenkins’ storytelling, or the lengthy word count of Morris’ article – it’s also how both are simultaneously working on two levels – telling us that if you don’t want to read this much about the sexuality of black males, or, for that matter, watch a movie that might be about it, then you probably have the most to gain from doing either. Because, if you’re going to Moonlight expecting a film that’s explicitly about black sexuality, you won’t find it – the film is too smart and upends those expectations by making it not really about that at all (and never even showing it on screen). Moonlight, instead, is about how repression can keep us from something we all so desperately need – affection. And by normalizing and humanizing that universal desire through a vaguely semi-biographical personal history, Jenkins seems acutely aware of the meta-story roiling beneath the main story of his film.

It’s a meta-story that I’m sure wasn’t the focus of Jenkins’ efforts – but as various cues unfold through the course of film – it’s one that I have to believe was playing out in the back of his mind.  Because, not unlike the music cues playing in the background of several scenes – from the aforementioned “Hello Stranger”, to starting a movie about a young black man with “Every Nigger is a Star”, to a chopped and screwed version of “Classic Man” that rattles the trunk for a confused “Black” – Jenkins upends too many film tropes and social stereotypes for me to believe he didn’t know exactly what he was doing.

Just take the scene you might see in the trailer for the film, where Mahershala Ali’s Juan teaches a young Chiron how to swim. Juan could have easily been portrayed as the familiar, inner-city, drug dealing archetype. But, archetypes are not life and this is a film about just. So, while Ali lives inside that utterly believable side of his character, there’s also another side of him that’s just as present – the one that recognizes something different inside a young boy and chooses to care for him and defend him just because. When Juan helps “Little” learn how to swim in the Atlantic, it’s a familiar and universal metaphor for life that’s twisted by challenging the societal stereotypes about African-Americans and water, while also being deepened by the humanity and multi-dimensional nature of the characters taking part in it.

It’s this mastery of multi-level storytelling where Moonlight truly excels for me. Because while saying so much, it never feels like a movie that’s trying to make a point – be it political or otherwise – at the expense of its story, its world, or the characters who are living in both. Not once.

On some level, Jenkins is surely aware that the structures that forced him to go outside the Hollywood system to make Moonlight are the same structures that forced the main character of his film to suffer most – structures that turned a kid named “Little” who loved to dance into a lost man named “Black” who felt forced to trap. He knows that his character lives in the same world in which the movie about him was made – a world that tried to keep him from expressing one of the most fundamental aspects of his being.

So, I definitely get that Moonlight isn’t a Marvel movie. Meaning, I’m not going to sit here and act like it has anything approaching that level of commercial appeal. It’s an art house film – plain and simple. But, with per-theater averages that are breaking records, maybe the film industry would be better off pursuing films that were less like the blockbusters that are so consistently plain and simple. In a year so dishearteningly wrought with recycled ideas and overflowing with unwanted sequels, Moonlight seems like a powerful condemnation of mainstream Hollywood’s current mode of operation. Why recycle ideas from the 70’s, 80’s, 90’s, and even the 2000’s, when we’ve learned so much and come so far since then? And why make a sequel to a film that people didn’t care about the first time, when there are stories out there that take us to places in the world that we have never been and could learn to care about so deeply? The film is an unflinching reminder that maybe we’d all be better off if we showed those that are different what Chiron was searching for all along – a little love. 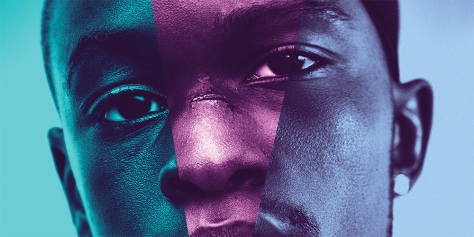